A giant weight off my shoulders 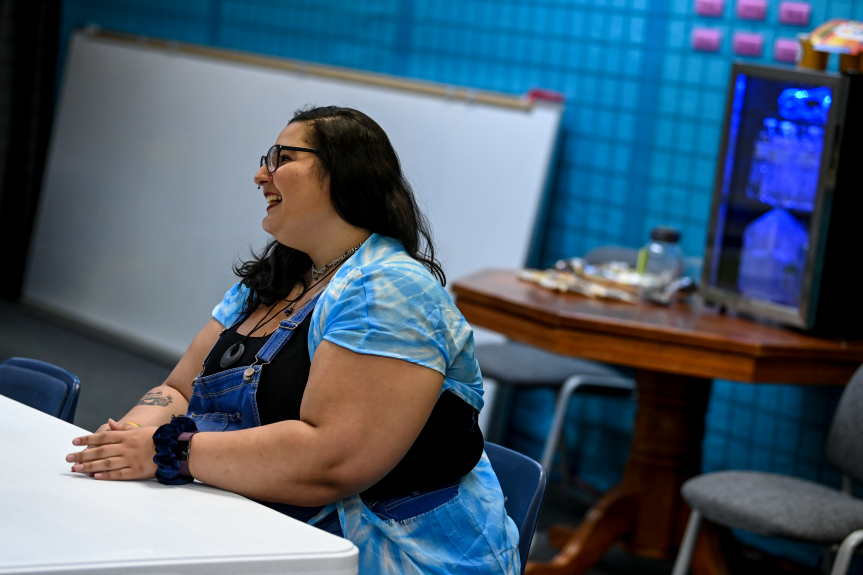 GREELEY, CO – JULY 08: Anali Martin, 18, speaks during an interview with the Tribune at Colorado Global School inside the Greeley Mall in Greeley July 8, 2021. (Alex McIntyre/Staff Photographer)

‘A giant weight off my shoulders’: Weld residents benefit from nontraditional path to finishing high school.

Anali Martin made a promise to her mother and grandmother to work in health care.

Salvador Fausto often explained to his children and grandchildren about the benefits of education, and so it was about time to live up to his words.

Martin, an 18-year-old Greeley resident, and Fausto, a 53-year-old from Firestone, recently chose to restart their high school educations through a Greeley nonprofit and education center. Colorado Global School offers classes for students taking English as a second language, who are preparing for the General Educational Development, or high school equivalency test, and for other services.

Through the school and its Colorado Language Program in the Greeley Mall, Martin earned a GED diploma and Fausto is on the cusp of doing the same — more than 30 years after earning a civil engineering degree in his home country of Mexico.

“I always liked school,” Fausto said. “I just want to be a little more prepared, and that is what I told my kids and my grand kids.” 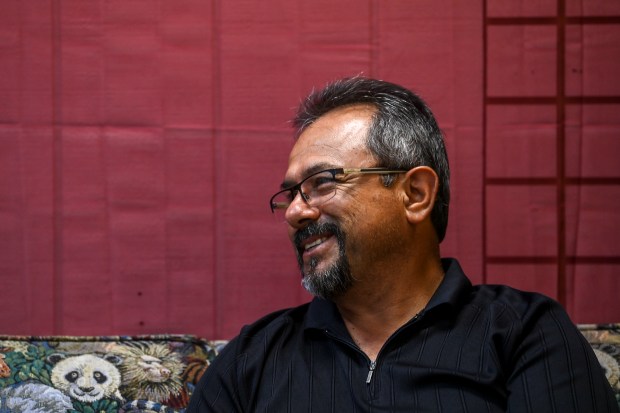 Shineth Cunanan-Gonzales, who was born in the Philippines and lived in Thailand, founded and opened Colorado Global School in December 2019. The school’s Colorado Language Program is comprised of 11 teachers who cater to students who emigrated to the U.S. and, like Fausto, have a degree from another country.

Fausto came to the U.S. in 1990, and looked into additional schooling here but was told his credits from Mexico didn’t apply toward a degree. Fausto worked at Monfort, Inc. in Greeley in the early 1990s, before moving on to work in Fort Morgan and at Champion Builders in Berthoud. Fausto is now a foreman and welder at Ideal Fencing Corporation in Erie, where he’s worked for the last 26 years.

He’s scheduled to take the test to earn the GED diploma this weekend. Fausto said once he earns the diploma, he’s going to speak with his boss at Ideal about pursuing other work within the company. Fausto and his wife, Diana, have two children and four grandchildren.

“I’m doing this for me and my kids and my grand kids, to show them when you want to do something, you can do it,” he said. “It’s better to go to school and graduate and have a better life.”

Colorado Language Program is licensed and registered with the state, Cunanan-Gonzales said, and she regularly communicates with the Colorado Department of Education and Colorado League of Charter Schools on the program’s work.

The program focuses on helping students facing immigration issues, earning U.S. citizenship and preparing for the Test of English as a Foreign Language, which measures English proficiency of non-native speaking students who want to enroll in colleges and universities.

“We help them transition to the U.S. education system,” said Cunanan-Gonzales, who has a master’s degree from the University of Northern Colorado and previously taught at Aims Community College. “I was an immigrant. I know what they’re experiencing.”

Martin’s needs are different, but she found Colorado Language Program helpful because of the personalized and focused learning.

Martin completed two and a half years at Northridge High School after relocating to Greeley about four years ago. She struggled with mental health challenges including anxiety while attending a traditional high school. Martin’s struggles were complicated by the illness and death of her mother, Tina Martin, in October 2017.

Martin continued her education online after her mother’s death. She stopped her online learning last year to help an aunt care for Martin’s grandmother. Carol Martin died at age 63 in August after dealing with several serious health problems.

After her grandmother’s death, Anali Martin began thinking about the promise she made to her mother to go into health care. After working with her grandmother, it was a vow Martin became more determined to keep.

“I wanted to make my mom and grandma proud,” Martin said. “It’s a huge thing in my family keeping our promises and going through with everything.”

Martin enrolled in the learning program earlier this year with the goal to get her GED diploma. With that completed, Martin’s next step to fulfill her promise is to go to Aims Community College to earn an associate degree in nursing. Martin wants to be a wound care nurse. She’s planning to start at Aims in the fall.

“It feels amazing,” she said of completing the high school equivalency work. “I have going through this mental stop and road blocks and school wise there were a lot of stops, and it’s a giant weight off my shoulders now that I have it done.”